Stephen Owen lives in Atlanta, Georgia with his wife Lindsey and their children Catherine and Eli. They have two cats, a dog and enjoy reading, hiking, camping and being crafty.

Stephen worked as a Microsoft Systems Consultant with a focus on Enterprise Client Management through System Center and Active Directory. Stephen specializes in PowerShell tool-making and process automation.

He works for Microsoft out of Atlanta.

What’s up with the name?

Why FoxDeploy? Well, I spent more than a year trying to come up with a name for a blog, initally!

I was inspired by a coworker of mine’s blog; Jeff Renfroe’s terrific Deploy OS.com which I’ve come to time and time again to solve issues I encounter with SCCM. And I knew that I wanted to write about interesting situations that come up as one grows and learns about Enterprise Client Management and Operating System Deployment. So that’s where the ‘deploy’ part came from.

But the foxes? Well, from a young age, the Fox has always been my favorite animal. Respected in cultures around the world, and particularly so in one of my favorite places the Fushimi Inari Shrine in Kyoto, Japan (picture below in a shot that I took). In Japan, the fox is a trixster, able to appear in human form and usually granting a benevolent gift of business fortune on those who pay it respect.

I like to think of myself as something of a wry trixster too, and hence the name was a natural fit. 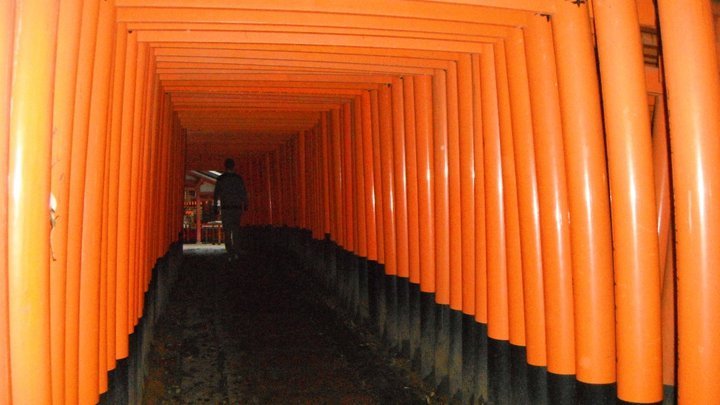 Work from this blog has been featured in The DSC Book, by Don Jones and Stephen Murawski.

He was fortunate enough to be a member of the winning team of the 2014 PowerShell Scripting games, the Kitten Mittons. The team was featured in an interview on the PowerShell.org PowerScripting podcast on June 4th, 2014. The download link is available here.

In September of 2016, Stephen was thrilled to be invited to deliver a number of sessions at Microsoft Ignite in his hometown, Atlanta Georgia. He somehow managed to do this without his pants falling off.

You can find the source code for Minima at GitHub: jekyll / minima

You can find the source code for Jekyll at GitHub: jekyll / jekyll