Recently, I’ve been getting more and more interested in Chef, and decided it was time to build out a testlab in my Hyper-V.

I started imaging a new VM using the 14.10 LTS release of Ubuntu, one of the supported environments for Chef Server.

However, during install, my VM would freeze here: 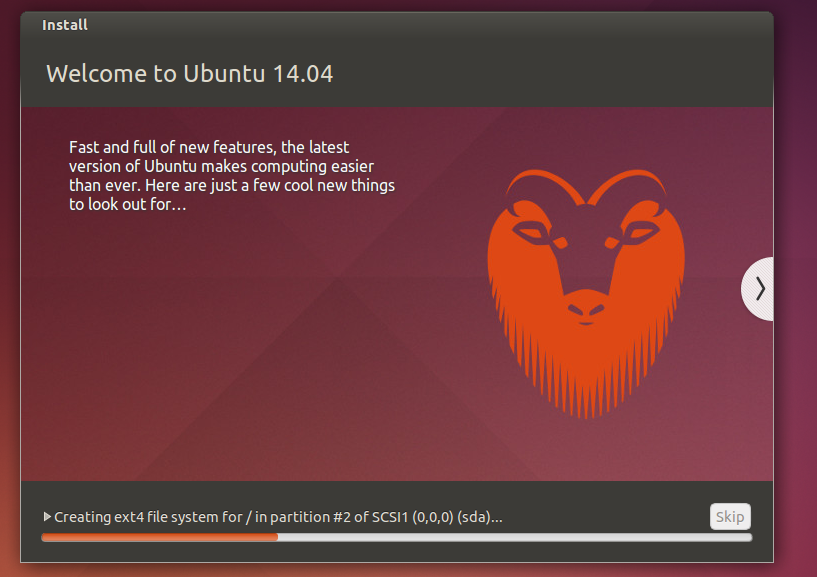 At the same time, I noticed a critical level event from Hyper-V.

I did a bunch of googling and found…almost no one with this same issue, and I thought it was related to Hyper-V on Windows 10 Tech Preview.  As it turns out, this is caused by some generation 2 Virtual Machine features, namely Dynamic Memory.

Install of Ubuntu or other *Nix distro freezes during install on Hyper-V, as a Gen 2 VM

Dynamic Memory does not appear to be supported during install of Ubuntu, and will manifest as errors during OS Install and Parititoning

Disable Dynamic Memory until install is completed.  After installing, run ‘sudo apt-get update’ to ensure drivers are up to date, for optimum VM sveltness.

« Quicky: How to use Server Nano TP4 in Hyper-V

DSC - The Simplest Domain Controller config, ever »
See an Issue with this page? Report it on Github Automatically!